2020 has already had more twists and turns than an HBO series.

And in last week's episode, the president contracted COVID.

What's up for next week??

Many say that they saw it coming (after the fact of course). I did not see that coming. Did you?

I'm not being flippant about the president's diagnosis — his case is potentially serious and I wish him well in his recovery. I personally do not think that he will give his detractors the satisfaction of not recovering quickly.

Let's talk about what could happen next.

[Warning, long email ahead. Jump to the P.S. for something relaxing.]

A lot of things could happen, depending on how widespread the White House outbreak is and how severe the president's illness becomes.

As I write this, it doesn't look like the president has become unable to perform his duties. (Fortunately, there are legal mechanisms to pass executive power to the Vice President if the president becomes incapacitated.)

Though no president has ever contracted COVID-19, America has had multiple ill or incapacitated presidents. There's a roadmap.

However, the situation injects uncertainty into the election, Supreme Court confirmation, and the new stimulus bill.

Not to mention, folks were already worried that the election might not be decided on November 3. A high number of mail-in ballots means the drama could realistically play out for weeks after election day.

That seems unlikely. Technically, Congress could decide to delay the election, but I doubt they'd be able to make it happen before November 3.1 Furthermore, one way or another, the President's term ends on January 20th, 2021 at Noon and a new term must begin when this term ends.

Will there be anarchy in the streets if there's no clear winner on election day?

No. This has happened before. We have legal and democratic means to resolve a contested election.

If no candidate receives the majority of electoral votes (270 or more), the election moves into overtime and a “contingent election” is held by the House.

In 1876, a bipartisan commission reviewed ballots in three too-close-to-call states and awarded enough electoral votes to give Rutherford B. Hayes the win.2

In 2000, the Bush/Gore election went to the Supreme Court, which ended a Florida recount and gave George W. Bush the presidency.3

Will markets react to new election uncertainty with volatility?

That's highly likely. That's what markets do. You should expect it.

As a historical example, here's how markets performed during the 2000 election recount drama. In a word, volatility. 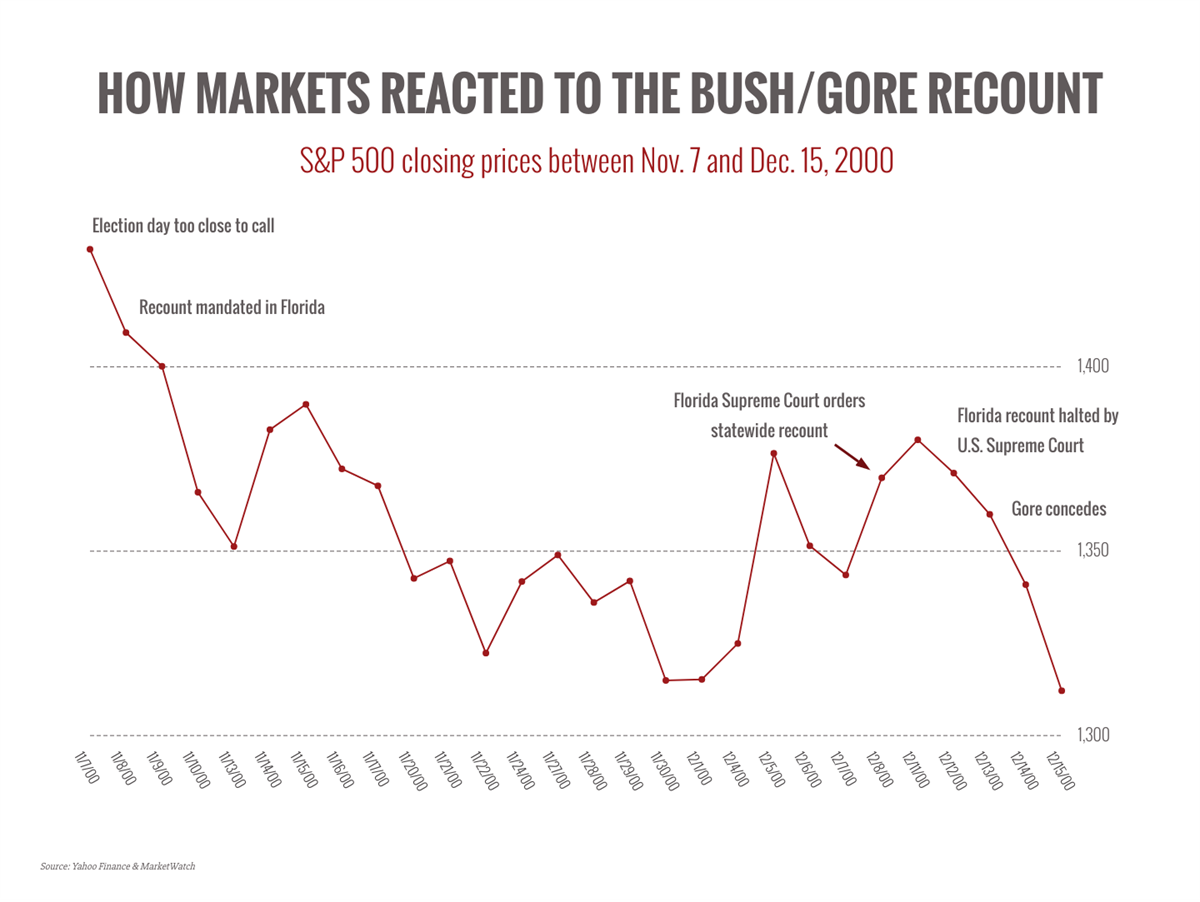 Should you react with volatility to market volatility? No. You know better.

Keep your wits about you, and don't get all worked up about things you can't control. 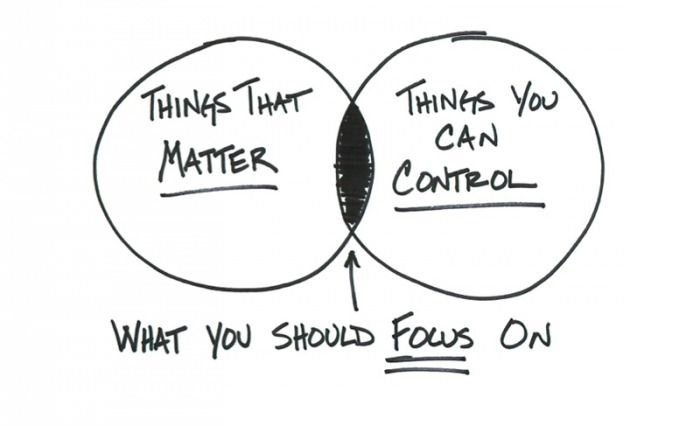 While I do believe the presidential election is important for the overall direction of the country, let's not forget the smaller races in California and other states and cities around the country.

For example, we have Propositions on our California Ballot that may expand rent control, influence our access to Uber/Lyft and other delivery service, and more. Get informed, form an opinion, and express it at the ballot box.

Though national races and personalities get the headlines, local items often have a greater impact on our day-to-day.

So, do what you can. Speak up on things that matter to you and exercise your right to vote.

Daniel, please pay attention to how you react to the headlines you read and the news you consume in the coming weeks.

Be especially cautious about media that makes you feel anxious, angry, or afraid. Election cycles always bring heightened emotions and more negative news than usual. And I especially want you to remember that the bonds of family and friendship are way more important than the volatility of political expression we may hear in these volatile times of passionate expression.

Take a deep breath and step back if you need to. Call a friend. Call me.

Are you really worried about what the election could mean for you? Thinking about moving to Canada and/or an underground bunker? Please hit "reply" and let me know.

P.S. Need some extra help keeping your cool in these times? Watch these Alaskan brown bears fish for salmon.